And I believe we should all do our best to support him in his endeavour to fight for what he believes in. Too many people today don’t, they go with the crowd in the hope that no-one notices them. Some say this is because of fluoride & other toxins in the water supply but obviously they’re as mad as Adam?

Whether you believe in the European Union or are a Eurosceptic, one thing is for sure, we all should admire those who stand up and are counted for what they believe in. Adam Afriyie MP represents Windsor in Berkshire, the map above shows much of his territory… and with the Magna Carta being signed just off his patch at Runneymede, his constituency represents a place of many great historic decisions.

Ascot, Binfield with Warfield, Warfield Harvest Rise, and Winkfield and Cranbourne from the Borough of Bracknell Forest: Colnbrook with Poyle from the Borough of Slough: Ascot and Cheapside, Castle Without, Clewer East, Clewer North, Clewer South, Datchet, Eton and Castle, Eton Wick, Horton and Wraysbury, Old Windsor, Park, Sunningdale, Sunninghill and South Ascot wards from the Royal Borough of Windsor and Maidenhead.

From what I have read & heard, Adam believes that voters don’t trust the politicians because they change the goal posts to meet their own ends… this is probably why so few bother to vote… “No point, they’re all lying bastards!” We’ve all heard this so many times…

Adam Afriyie didn’t bow out in round one, as so many thought he would because he is made of sterner stuff and will not be bullied into submission, he wants a full and frank discussion before the next election and an EU Referendum on 23rd October 2014 and will fully accept the decision of the majority of the population.

As I see it, he is fighting for democracy, our ability to have free speech which was laid down in the Magna Carta 15th June 1215… much of which is being undermined by Europe, but that’s a discussion for a later date.

Below is his open letter to MPs, and Adam would appreciate it if you contact your MP and let them know how you feel about this… so they can make their own decision based on the feedback of their constituents… which is as it should be. 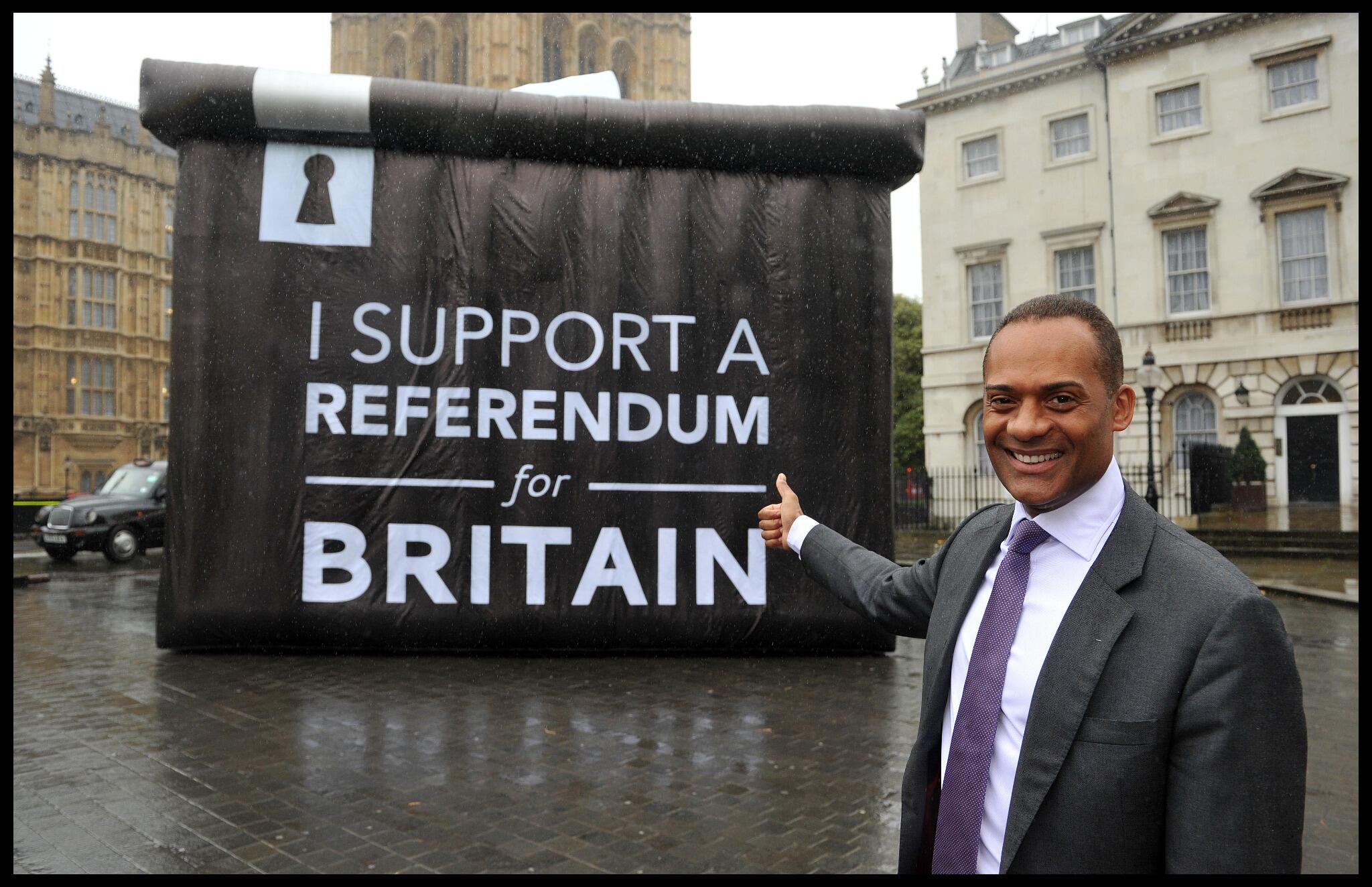 Thank you for your letter about the Referendum Bill. As you know, my amendment proposes we hold an EU referendum on 23 October 2014. While the arguments against an early referendum are well known, the arguments in favour are less so. I firmly believe the British people should have a say sooner rather than later and having a referendum within this parliament is the only way to guarantee that it actually happens.

We all know that the laws we write in this parliament do not bind the next government, or indeed the next leader, so James Wharton’s Bill simply cannot guarantee a referendum in its present form. If there is a better way to achieve a referendum within this parliament, then we must of course consider it, but as yet no other suggestions have been forthcoming.

While, as Conservatives, we will work hard to secure a majority at the next election, we must face the fact that polling figures and an analysis of marginal seats shows that victory is not a foregone conclusion. And as other parties have not promised to hold a referendum in the next parliament, they would simply amend or overturn this Bill should they gain office, thereby denying the British people a say.

It is unlikely that the Bill will see smooth passage through the House of Lords and the Parliament Act can only be used to force it through after 12 months. Whereas if MPs overwhelmingly supported a 2014 referendum, it could be seen as nothing short of a deliberate attempt by the Lords to frustrate the will of the democratically elected Commons by holding up the Bill beyond the desired referendum date.

Under the current circumstances, should the Parliament Act need to be invoked to pass the Wharton Bill, the earliest it could possibly become law is in 2015 which would not allow enough time to organise a referendum before the general election in May 2015. It would be unfair to effectively rule out a sensible campaign and give people just a few weeks to think their vote through in the midst of a general election campaign.

Clearly we all recognise the concern that other parties may use my amendment, or any other amendments that will inevitably be tabled, to ‘talk out’ the Bill, as often happens on Fridays. I am especially sensitive to this concern and will act accordingly.

I steadfastly support James Wharton’s Bill but believe it is the second best option because it leaves open the real possibility that this important referendum will never take place, denying the British people a say on EU membership once again.

I am thankful for calm and considered discussions with colleagues over the past week and I look forward to many more before 8th November.

Please send your MP a message telling him or her how you think… for or against a EU Referendum, let them know your feelings…

In addition to the addresses listed bellow, all MP’s can be contacted at their Parliamentary address: House of Commons, London SW1A 0AA

LATEST NEWS STORIES IN THE MEDIA

Go check him out on They Work For You

One thought on “Adam Afriyie, Windsor MP stands his ground over EU Referendum”