So how will you watch this year’s Winter Olympics from Sochi? With just a few hours to go… pick your channels of engagement!

How about the BBC?

Looks like we have some medal hopes… what with GB snowboarder Jamie Nicholls already into slopestyle final. 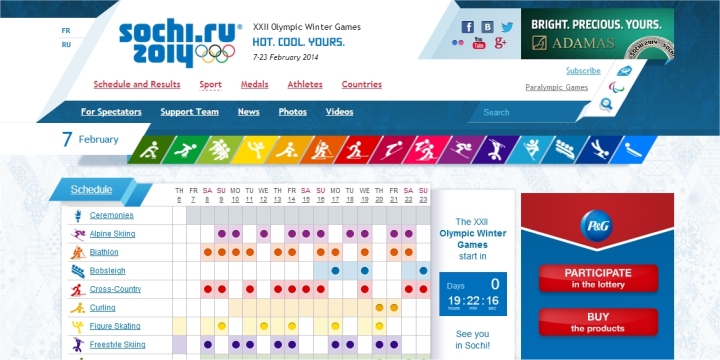 This will lead you to their other social media channels : followers…

I know, I hear you, “What is VK?” Apparently VK is the largest European social network with more than a 100 million active users! Is one of them you? More to learn!

I think it might be interesting to compare the Russian coverage with that we get from the BBC… I recall watching the Atlanta Olympics on American TV and ALL they did was focus on the US team!

Enjoy it your way…