Those of you who have seen me recently will probably agree that the hair had got a bit out of control.

So when our newly appointed and exquisitely groomed keys two, Mr. Carradine, joined the tour there was a sudden rush of hair cuts amongst the chaps and yours truly decided that enough was enough. Now Mr. Carradine had found a place like no other, well certainly new to me, a proper gentleman’s barbers. Very different from the £10 buzz cut that is so familiar in high streets across the country. 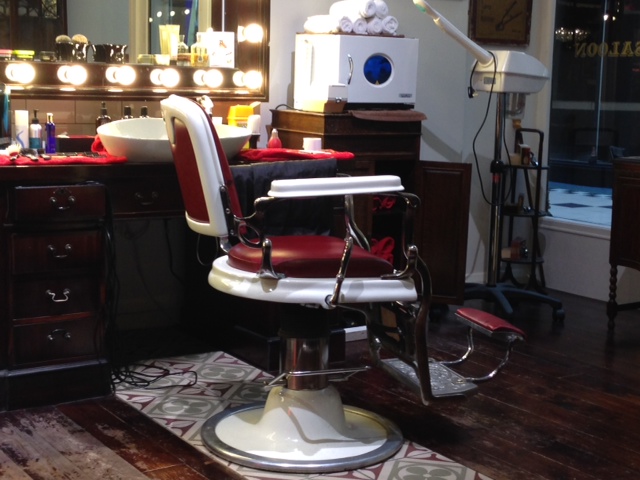 BarberBarber opened in Manchester 14 weeks ago and they’ve not looked back since. It claims to be the UK’s only ‘men only barbers’ and they’re pretty strict on it. To say it’s a just barbers is like saying that foie gras is just paté. This is a grooming experience. Now to women readers you may be used to being pampered and taking several hours to have a treatment but to us chaps its a novelty. You are greeted by a well groomed manager (@ScoundrelMav) who took my coat and offered me a beverage of my choice. I declined the beer or spirit options and opted for a coffee. I spent an hour or so waiting in the fabulous ambience of the place. Watching men have their beards and hair tackled. Pomade applied and styles developed. A well stocked and great sounding music system played some great tunes. 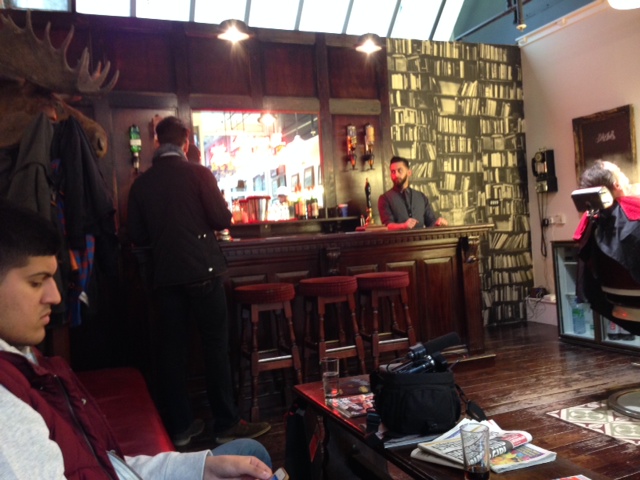 The first mission was to tackle the veritable forest of hair that had managed to grow like weeds in the lawn. The trainee tried to wash my hair and I think it was a first for him to wash hair in excess of a foot long… he did his best. Towel dried and a little apprehensive I waited my turn. My new chum @benny_slick took a while to assess the mess and come up with a plan. The cutting began, like an artist working with oils, Benny took the task with meticulous zeal and I’m sure that he had named each hair individually. Part way through the job Benny paused for breath and shouted to Mav “it’s Pokey time”.

A little unnerved about what this may entail I gingerly enquired about the aforementioned ‘Pokey’. It turned out to be an US singer called Pokey LaFarge . As his web site says…

“Pokey has won the hearts of music lovers across the globe with his creative mix of early jazz, string ragtime, country blues and western swing, all while writing songs that ring true and fine in both spirit and sound. His music transcends the confines of genre, continually challenging the notion that tradition-bearers fail to push musical boundaries. Cleverly striding between numerous forms of traditional American music, Pokey has crafted a genre all his own, marked in its accessible ingenuity.”

It is great music and I’m now a fan. Benny continued to cut inspired by the lyrical LaFarge. During this cutting marathon a chap came in for a shave. Again like so many men I’d always thought of shaving as a chore not a passion. This was also a revelation… I mean shaving only takes about 5 minutes doesn’t it? No Sir! it takes about 45 if it’s done properly with hot towels, proper cut throat razors and unctions! I made a mental note that if the cut went well I would return for this experience also. The ever suffering Benny continued with the cut and after almost ninety minutes (yes 90!) he finally declared that he was done. An expert combing, application of a little light oil and the forest of Fawcus was transformed into a very well coiffured cut.

As with my many rants on the speed and lack of respect with which we treat food this was confirmation, yet again, that we need to take time for what’s important in life. It doesn’t all have to be done at pace that precludes enjoyment and men, please take some time to go to BarberBarber.

The power of keeping Karma!