The lights will be going out in our home tonight to allow us to reflect and remember those who lost their lives in the “Great War” as my grandpa called it.

He was one of the lucky ones to return at the end of his service in the trenches where he was gassed and endured hardships which he recalled in newspaper articles – stories which I am trying to locate as they were one of the reasons I became a journalist years later.

I have in front of me the discharge papers from the ship which brought him home from Australia on May 27 1914.  He made the journey as a stoker so that he could join up.  He subsequently won a meritorious medal at a ceremony in Vaudricourt Park on the Somme in June 1918.

A newsletter called Footprints which I have, recalls the event and gives a colourful insight into the pomp and ceremony not far from the killing fields which remained bloody until the guns were silenced on November 11 the year my Grandpa paraded in Vaudricourt .

Footprints set the scene with information about the location which was described as a “good bivouac” where men who slept in the fine summer weather “woke up fresh with the sun pouring on the dewy grass… Everything in the park was beautiful until the brass hats arrived.”

However it was a welcome change and rest for the 4th Leicesters who had been in trenches at Gorre and Essars.  They later formed a guard of honour for my grandpa, Lance-Corporal Richard Harry Pexton and others.

My grandpa had lung problems all his life due to mustard gas and the article recalls the parade leading up to gas shelling which must have been horrific after such a relatively lovely day.

It stated: “A Brigade Ceremonial Church Parade was ordered for Sunday June 2nd, in Vaudricourt Park at 10 a.m.  The G.O.C. would be present.  Drill order with rifles and soft caps.  This meant spending most of Saturday “sloping arms” and “fixing bayonets”.  However, the battalion bore the situation with fortitude.  They listened to the service conducted by the Reverend R. K. Davies, M.A., and offered up little prayers that the eyes of the G.O.C. might be blind to any ragged “slopes” and clumsy salutes.  The brigade band thumped out the hymns.  The Lord’s prayer rumbled out of a thousand throats.  The Padre with uplifted hand prayed for “the Peace of God which passeth all understanding.”  Then, headed by the drums playing the regimental march, the battalion in column of route marched ast the G.O.C.  There are worse ways of spending a Sunday morning.

Next day a draft of one hundred and eight other ranks arrived.  They were duly paraded and posted to companies.  The battalion could do with them.  That night the battalion relieved the 6th South Staffords in the front line.  They were shelled with gas on the Essars Road on the way up.  Very pleasant for a new draft!

“At this period a lot of work was done by night on the Liverpool line, which was the second and stronger line of defence.  Endless energy was spent in wiring, revetting and improving this trench, which had a stream with deep banks in front of it, greatly strengthening the position.

For the 4th Leicesters June and July had meant trenches at Gorre and Essars and rest at Vaudricourt Park.  According to the article it meant “plenty of work, plenty of shelling, some casualties, and some rest.”

So, when the lights go out tonight I will reflect on that time and what was described.  I will also reflect on the fact that my grandpa would be incredibly sad every November 11 especially. He would mourn the loss of his friends.  Difficult for my father whose birthday was that day too.  He never knew whether to be happy or sad on his birthday.  They never forgot.

“They shall grow not old, as we that are left grow old:
Age shall not weary them, nor the years condemn;
At the going down of the sun, and in the morning,
We will remember them.” 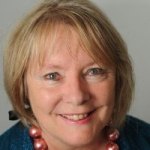